Remember gull Eric? He’s one of the gulls we have been tracking since 2013 (Stienen et al. 2016). As we wrote in a previous blog post, we lost track of him on May 11, 2014. Since then, we’ve been unable to establish a connection between his GPS tracker and the base antenna at the colony.

We do have another way of knowing how he is doing though, but it requires a bit of luck. As do all our gulls, Eric is ringed with two leg rings. A standard metal ring with code L907172, which can be read and reported if he is captured or found dead, and a blue ring with code URAM, which can be read from a distance with binoculars. Thanks to the blue ring and a network of voluntary observers, we know that Eric made it to Agadir, Morocco (his favourite wintering location) in 2014 and 2015. In fact, we think he is there right now.

He’s sharing the beach of Agadir with thousands of other gulls, including 3 gulls we are tracking, as well as a number of gulls tracked in other UvA-BiTS projects. Eric’s tracker is not the only one we’ve been unable to retrieve data from. We lost track of Hilbran on April 10, 2014 and Jasmin on September 23, 2014. That doesn’t mean their tracker has stopped recording and storing data… they’ve just been unable to establish a connection with a base antenna to upload that data. 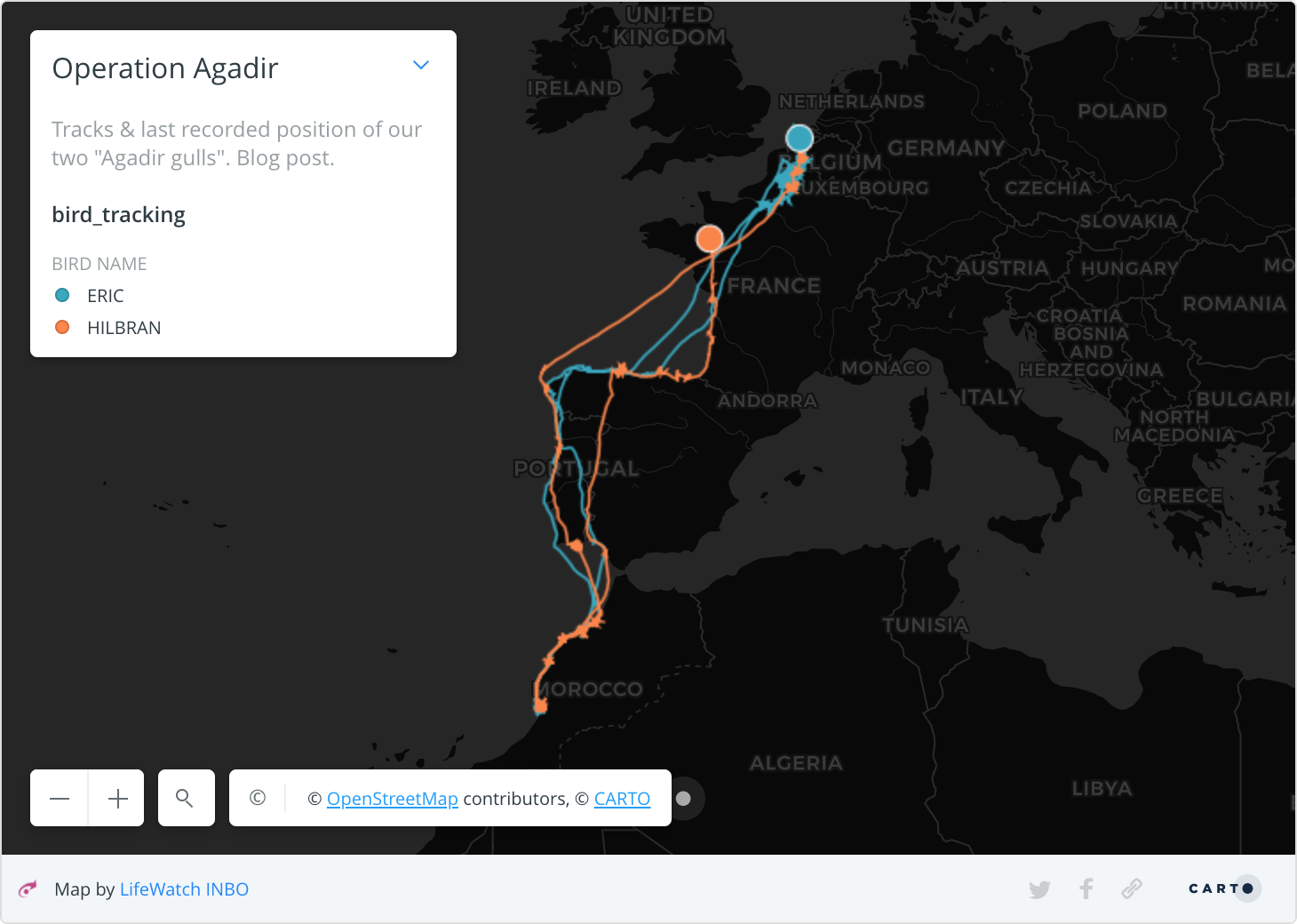 The tracks and last recorded position (circle) of two of our “Agadir gulls”.

But since we now know that these gulls are in Agadir right now, we’ve decided to organize a data rescue mission! Entrepid explorers Hans Matheve (Ghent University) and Marwa Kavelaars (University of Antwerp) are currently on their way to Agadir to find back our gulls, in the hope of downloading the precious data their trackers might contain.

If you want to follow along on their adventures, follow us at @LifeWatchINBO and cross your fingers!