This news item also appeared on the websites of Radboud University, Movebank and OBIS.

GPS trackers are used by ecologists to follow the movements of a wide range of animal species and gain unique insights into their behaviour. Thousands of researchers manage and share these data on Movebank, a free data platform hosting more than 7,500 animal tracking studies, many of which have made their data available for anyone to view and download. These same data offer evidence of when and where species occur, information widely used for biodiversity research and assessments and found through the open data portals Global Biodiversity Information Facility (GBIF) and Ocean Biodiversity Information Facility (OBIS). However, these platforms are not linked, and with few tracking datasets available through GBIF and OBIS, there is unmet potential for them to contribute to studies of biodiversity. To build connections between these data and disciplines, a team of researchers from Radboud University, Research Institute for Nature and Forest, Sovon, the Dutch Bryological and Lichenological Society, and the Max Planck Institute of Animal Behavior have developed an open-source workflow to publish animal tracking data stored on Movebank to GBIF and OBIS.

Oystercatchers as a test case

The researchers demonstrated the new workflow using tracking data from Eurasian oystercatchers (Haematopus ostralegus), collected since 2008 as part of multiple projects, primarily based in the Wadden Sea. Across more than a decade, ecologists equipped over 200 oystercatchers with GPS trackers at their breeding and wintering grounds in the Netherlands and Belgium, resulting in an improved understanding of this species’ behaviour. “We always thought oystercatchers returned, almost stubbornly, to the exact same breeding and wintering location year after year,” says Henk-Jan van der Kolk, who was involved the study. “By following individuals over time with GPS, we discovered that although this was indeed true for many individuals, there were also others that visited a variety of different locations. This exploratory behaviour was especially clear in young individuals.” The tracking data, collected using the University of Amsterdam Bird Tracking System, consist of a total of 6 million GPS locations and document oystercatchers migrating from the Netherlands to Scandinavian countries. 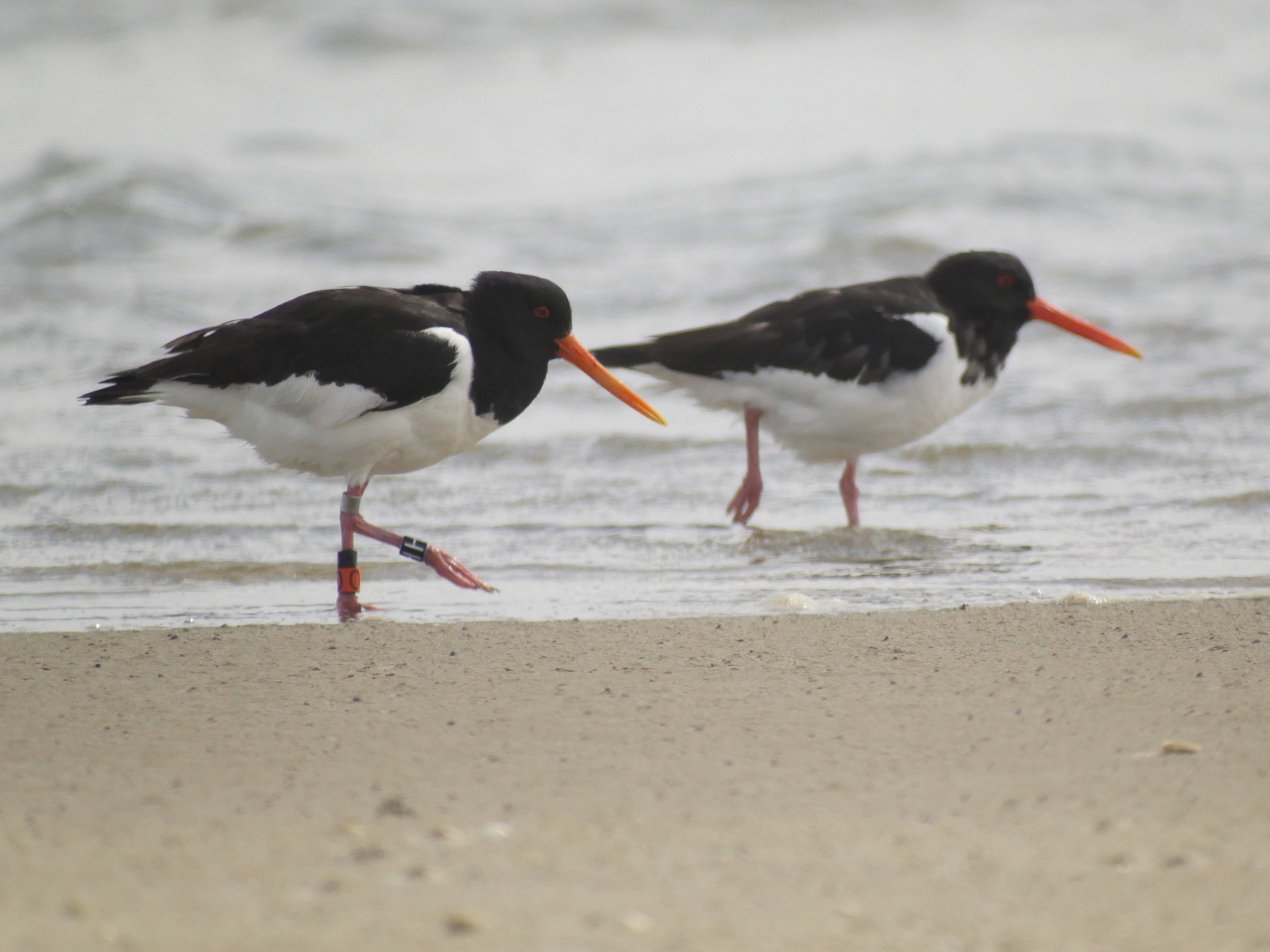 Oystercatchers on Vlieland, the Netherlands. The left individual is equipped with a GPS tracker and colour rings.

The key challenge to sharing data between platforms is not scientific, but technical. “They store slightly different information, in different formats, with many possible ways to ‘translate’ between them,” explains the project’s lead researcher, Peter Desmet. To make it easier for researchers to prepare data from Movebank for publication in GBIF and OBIS, the researchers developed an open-source software package, “movepub”, that automatically reads data in the Movebank format and converts it to files that can be imported to GBIF and OBIS. To offer one data transformation that can be applied to many studies and species, the researchers considered which information is most commonly collected in tracking studies, and which is most likely to be important for biodiversity research. For example, “our workflow reduces high-resolution GPS data to hourly positions per animal, in line with expected applications of those using GBIF and OBIS for their work,” describes Desmet. Using the new workflow, the oystercatcher tracking data are now publicly available on Movebank, GBIF and OBIS, and are described in a scientific article published in the journal ZooKeys. 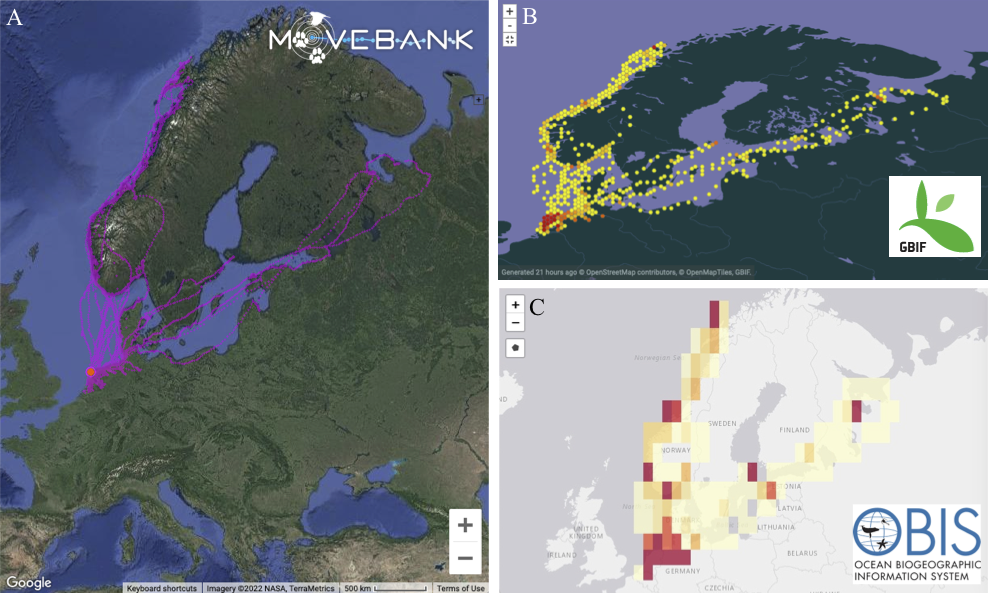 Oystercatcher GPS tracks from Vlieland are available via Movebank, GBIF and OBIS.

The researchers hope that this approach will be adopted by other research groups, and eventually, build new connections between movement ecologists and biodiversity experts. Already, data for several other bird species have been published using the new workflow. “Increased access to animal tracking data offers the possibility to improve our understanding of biodiversity and contribute to assessments, policy decisions and conservation efforts,” says Sarah Davidson, the curator for Movebank. GBIF and OBIS have been used for thousands of biodiversity studies worldwide: as global efforts increase to protect biodiversity and animal populations, so does the value of this underrecognized source of information about species distributions and behavior.